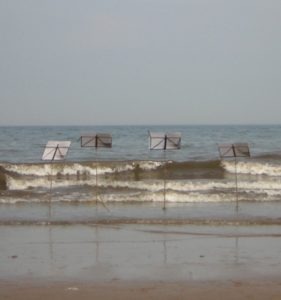 Iain Armstrong is a composer and sound artist based in Birmingham, UK. Working almost exclusively with recordings of the sound environment, he aims to expose the inherent musicality of this material through reduced listening, digital manipulation and the act of composition and performance. His work explores the interplay of abstract musical ideas and the associations and resonances of recognisable sounds.

Iain is one half of the performing and composing duo Anvil & Stirrup with Antti Sakari Saario. He also performs live laptop with SOUNDkitchen collective and as a solo artist.

His album of field recordings of sacred sounds and places entitled ‘Sacred & Profane’ is released on Gruenrekorder.

Iain has taught music and composition at the University of Birmingham, University College Northampton and is an experienced project leader in schools and community settings. He is a co-director of SOUNDkitchen.