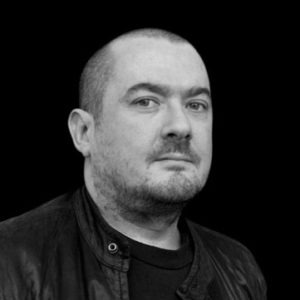 Mark Harris is an artist / musician / programer working in the west midlands, and member of the Modulate AV collective.
He has an interest in using generative systems for the creations of art / music, and with creating pieces which gradually develop and change over time. He has developed a number of software applications allowing himself to work with these processes within a live performance environment. Recent projects include Birmingham Sound Matter, a project instigated by spanish sound artist Francisco Lopez working with six other sound artists in the West Midlands and culminating in a concert and CD release; live improvised AV performances with both the Modulate collective and as a solo artist; writing code for reactive audio visual compositions; audio compositions for sound and light installations and ‘Modulate 5.1’ – a surround sound DVD release.